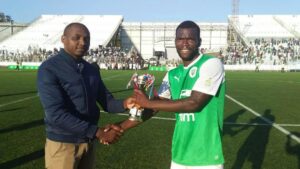 Zacharia Nyirenda the vice general secretary of the Super League of Malawi (SULOM) has been suspended from the football body after it was alleged that he had misappropriated K2.8 million in gate collections in a game involving champions Nyasa Big Bullets and current league leaders, Silver Strikers in Lilongwe.

Nyirenda is set to go for a hearing soon and according to SULOM’s legal advisor, Innocent Kadam’manja, Nyirenda has already conceded and apologized for his conduct that resulted in both teams not receiving their cut of the gate collections as per the norm.

As it stands, Silver Strikers confirmed receiving K1,000,000 from SULOM but stated that K300,000 from the game was yet to be received while Nyasa Big Bullets are yet to receive anything.

Albert Chigoga, the Administration Manager for Nyasa Big Bullets confirmed writing an email to SULOM reminding them that the money has now been overdue for three weeks.