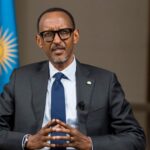 Officials from the Malawian Foreign Affairs ministry have revealed that Paul Kagame, President of the Republic of Rwanda will visit Malawi in August 2020 to hold bi-lateral talks with President Lazarus Chakwera.

Kagame who will be hosted at the State House in Lilongwe, last visited Malawi in 2007 during the inauguration of a road in his honor by Malawi’s former President, Bingu Wa Muutharika.

The meeting between the two African leaders follows comments made by Dr Chakwera soon after his June 23 Presidential election victory where stated that he was seeking to forge strategic partnerships with states across the Great Rift Valley.

Kagame is widely admired across the region for his strong and decisive leadership that has helped Rwanda rise from a dark shadow of genocide to being one of the leading examples in Africa for its rapid economic transformation and it’s model civil service delivery.