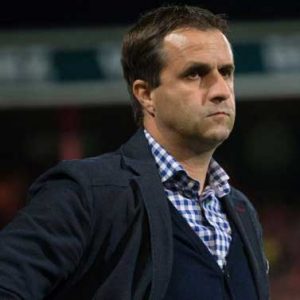 The Malawi National Senior Soccer Team coach Ronny Van Geneugden has come out in the open saying that 2018 will be a challenging year in his career as he aims to qualify The Flames for the 2019 AFCON finals in Cameroon. Speaking in an interview the coach said on top of working towards that goal, he will also pay special focus on the junior national teams.

“2018 to me is a very important year because the national seniors have to try to qualify in a very big group for AFCON. That is a very important issue. On the other hand, I want, together with my technical panel, to try the possibility to improve again the U-20’s which will be trying to qualify for the 2020 Tokyo Olympic Games,” he explained.

Van Geneugden added that he also wants to do a lot of regular work with the U-17 team which played in Mauritius recently and will be turning 18 this year as they still need to be developed. He said a new U-17 will be prepared for COSAFA to play some tournaments and he also wants to have a new group of players in the U-18, 20 and seniors.

The senior national team are paired in the same group with Morocco, four time winners Cameroon and the Comoros Islands whom they beat in the first qualifier played in Lilongwe last year.

The last time The Flames participated in AFCON was in 2010 under Kinnah Phiri as coach. The Flames went into the tournament while lowly-rated but produced an impressive result in the opening game when they beat Algeria 3-0.

However, the team failed to replicate this result in the subsequent two games and got booted out in the group stages.