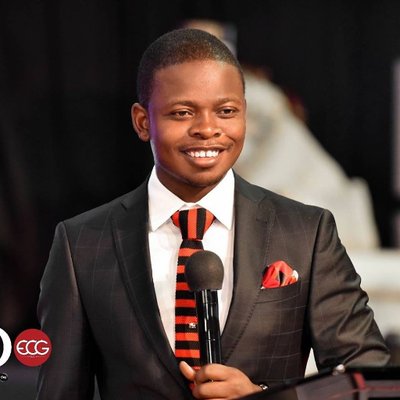 Controversial Prophet Pastor Sheperd Bushiri aka Major 1 of the Enlightened Christian Gathering Church (ECG) has been arrested together with his wife by the Hawks in Rustenburg.

A statement from his church reads, “As you will remember, from last year, we have struggled with reports that our father was guilty. He has been detained and is being questioned by the Hawks in Silverton, Pretoria.”

The arrest is said to have been made at Sparkling Waters Hotel around 07:00 am. “They took the Prophet and our mother Prophetess Mary Bushiri in handcuffs to Pretoria. They have charged our father with fraud and money laundering,” reads a statement from his official page.

Reports had emerged last year that the charismatic preacher was siphoning huge amounts of money from South Africa to Malawi via vehicles and his private jets but nothing had been confirmed.

Bushiri is also facing an inquiry into the death of three people at his church which occured during a stampede. His church is being accused of trying to cover up the incident and not reporting to the proper authorities in a timely manner.