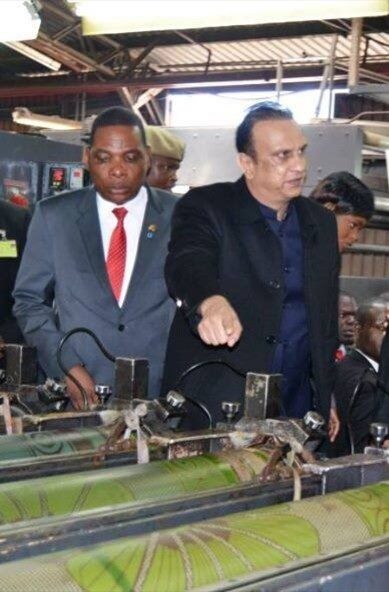 Notorious Asian businessman Faizal Gaffar Latif has been arrested together with his son and other high ranking officials from Mapeto David Whitehead for charges related to the evasion of tax amounting to K10.8 Billion.

The arrests were made after the Malawi Revenue Authority (MRA) conducted an a six week long examination of documents seized at the the business premises of Mapeto David Whitehead Limited in Blantyre.

According to a statement released by the MRA, “The five were arrested on Friday and Sunday respectively for various offences committed while discharging their duties contrary to the provisions of the Customs and Excise Act, Taxation Act, and Value Added Tax Act thereby defrauding the Malawi Government of revenue amounting to K10.8 billion.”

Last year, Latif, popularly known as Mapeto, was summoned by the Anti-Corruption Bureau (ACB) over his role in a K300 million cheque payment made to Mapeto from MERA for production of Democratic Progressive Party (DPP) branded cloth.

Collins Magalasi, the former CEO of MERA who is facing corruption and abuse of office charges, in a recorded statement said Mapeto did not deliver the cloth but instead Latif gave the DPP K200 million in cash from the K300 million payment that was made.