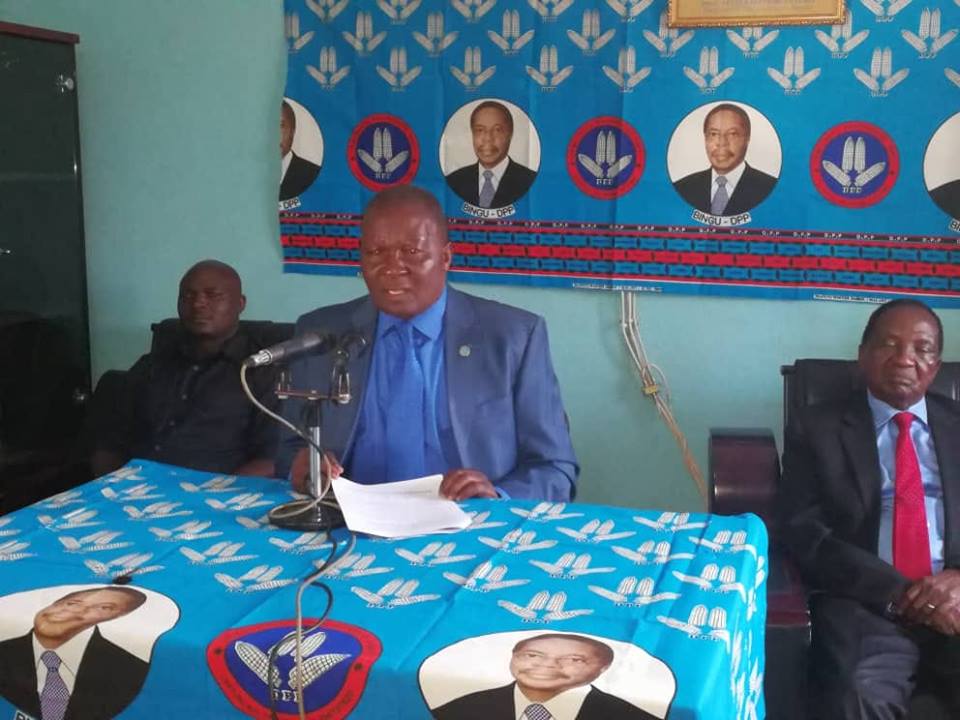 Earlier this afternoon, the ruling Democratic Progressive Party (DPP) held a press conference at its headquarters where its Publicity Secretary Nicholas Dausi said the party would return the K145 million it received from Zameer Karim’s Pioneer Investments.

Pioneer Investments is believed to have made the payment into DPP’s Standard Bank account whose sole signatory is President Professor Peter Mutharika as a kick back for the contract awarded to Zameer Karim’s firm to provide food rations to the Malawi Police Service.

Last week, the High Court froze the DPP bank account following an application by the Mzuzu based CSO, Youth and Society Organisation (YSO), who protested that the matter should be looked into since the money is beleieved to be proceeds from crime.

According to Dausi, “The money was intended to help the party budget for its headquarters in Blantyre and use for other party expenses. The fact that the sole signatory is President Mutharika does not mean in any way that the money was meant for him as a person”.