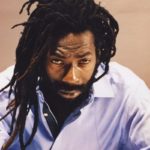 Iconic Reggae and Dancehall artist Buju Banton has been released from prison in the United States after serving eight years.

Buju was released two months earlier than scheduled from the McRae Correctional Institution in Georgia on Friday, and arrived in Jamaica to a warm reception at the airport with fans wanting to see their long lost star.

“Having survived, I want to share the good news and strength of my music,” Buju said. “I just want to continue making music, which I’ve devoted my life to. I look forward to the opportunity to say a personal thanks to my fans and everyone who supported me.”

Buju who was born Mark Anthony Myrie released a number of dancehall singles as early as 1987 but came to prominence in 1992 with two albums, Stamina Daddy and Mr. Mention, which became the best-selling album in Jamaican history upon its release.