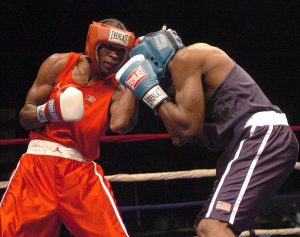 Malawian Boxer Dickson Saidi has urged the boxing board and all boxing promoters in the country to start considering the boxers’ needs first before their own. Saidi said in an interview with NyasaPost.com that delays by promoters to pay the boxers is an injustice and frustrates them.

Saidi made reference to the treatment he suffered after a non-title bout he was involved in two weeks ago in Blantyre. “After the fight on Sunday we were only given money for transport to take us back to Lilongwe. We had no communication with the promoter as he was nowhere to be found only promising my coach to give us money the following day to no avail,” Saidi complained.

The boxer said promoters lack seriousness as well as love for the local boxers. He cited another case of Malawi Boxing Association (MABA) boxer Philemon Nkhakamira Banda which happened in June this year. In his case, Mzuzu Malawi Boxing Association failed to give him money after he took part in a fundraising bout. “Some of us are full time boxers, which means we rely on the money they give us afte each bout to keep us going. How are we going to survive if they fail to give us money on time? We have families who look up to us. I think promoters only care about fulfilling their own desires, which is very bad,” he lamented.

Malawi Professional Boxing Control Board coach Badsheter M’balaka confirmed that Saidi’s payment was indeed delayed. “It is just unfortunate that the payment was delayed. The rule is that every boxer is supposed to be given money the same day of the game. To avoid future misunderstandings I would urge the board to initiate proper communication to us on why the boxers will not be paid on time and when they should expect their money, instead of just keeping quiet as that can be interpreted as failure to pay the boxers,” M’balaka said.