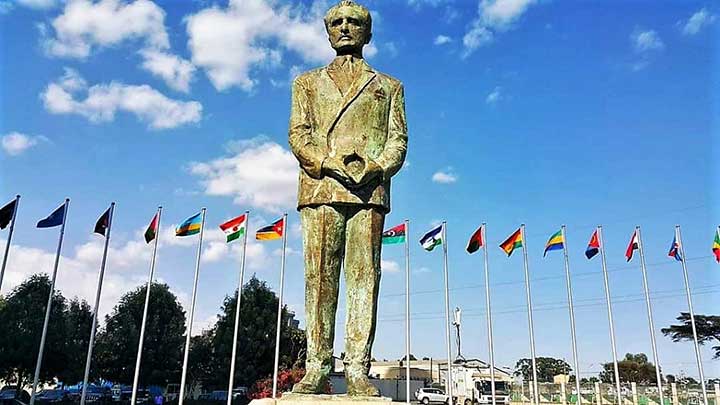 The statue which has been given a place of pride outside the $200 million Chinese-built building, is in recognition for his role in establishing its predecessor, the Organisation of African Unity (OAU).

Haile Selassie was more than 30 years into his reign when he helped establish the OAU at its first meeting held in the Ethiopian capital in May 1963.

Selassie’s views led to Ethiopia becoming a charter member of the United Nations, and his political thought and experience in promoting multilateral-ism and collective security have proved seminal and enduring.