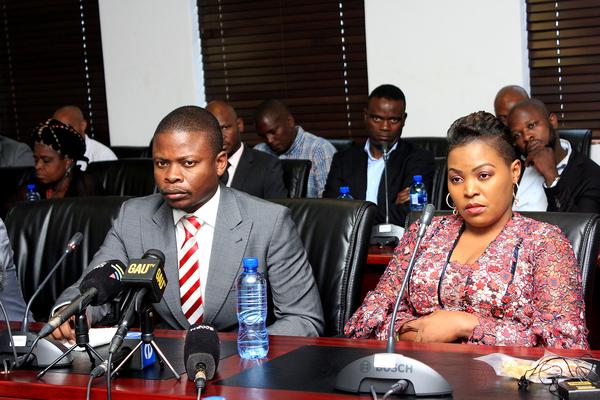 Shepherd Huxley Bushiri and his wife Mary Bushiri have escaped from the South African justice system by skipping bail and fleeing to Malawi after being granted bail in a fraud and money laundering case.

The founders of the ECG church are facing the fraud and money laundering charges with two other suspects who are still in South Africa awaiting trial. In a press statement released over the weekend, Bushiri told his followers that his decision to leave South Africa was due to attempts made his life and that of his family describing it as a tactical withdrawal not an escape from justice.

The self styled prophet who is notorious for his walking on air antics as well as miracle money spent two weeks in jail following his arrest by the South African Hawks who he claims are out to get him on personal vendetta’s. Bushiri has since demanded the removal of the investigating officers to be removed from his case if he is to have a free trial.

Bushiri also demanded that his bail should not be revoked if he is to return to South Africa in a list of demands that prompted anger on social media from South Africans who have questioned the integrity of the immigration officials and law enforcement agencies who have been left red-faced in the whole debacle.

South African finance Minister, Tito Mboweni also took to Twitter in disbelief as news broke that Bushiri had escaped South Africa. Mboweni’s tweet had insinuated that Bushiri’s escape was aided by Malawi’s President Lazarus Chakwera which prompted a firm denial from the Statehouse in Lilongwe.

It is expected that the South African authorities will start the process to extradite Bushiri and his wife soon.