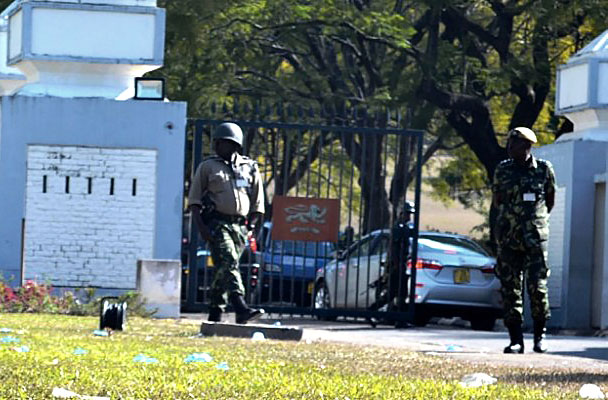 In what can only be described as a brazen attempt, security was caught napping around Sanjika Palace on Sunday night as thieves managed to steal 50 metres of razor wire.

While the Presidential Secretary Anthony Kasunda refused to comment on the matter, National Police Spokesperson, James Kadadzera downplayed the incident saying the robbery did not take place inside Sanjika Palace.

“The building is meters away from the Sanjika Palace and nothing else was tampered with inside of the fence apart from the razor wire. Security has been enhanced at the building and we are working on arresting the culprits.”