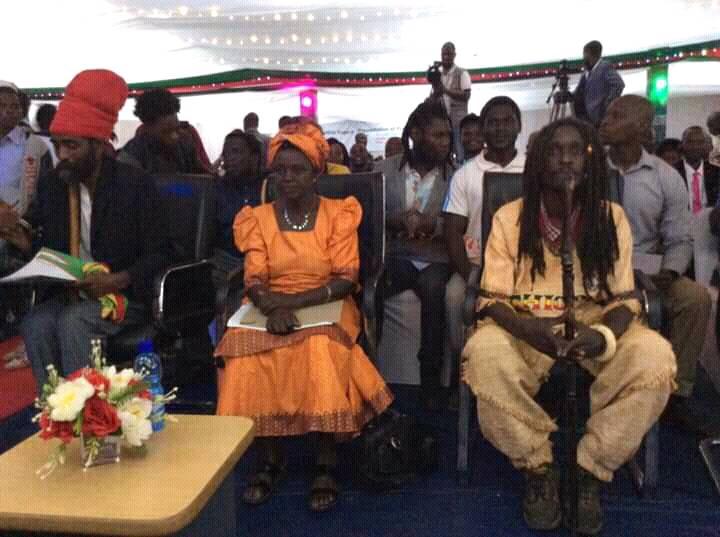 Ras Chikomeni David Chirwa has officially declared his intention to run as an Independent Presidential Candidate in the May 21st Presidential elections.

While many had initially doubted his seriousness, Ras Chikomeni Chirwa officially presented his papers to the Malawi Electoral Commission (MEC) this afternoon at COMESA hall drawing a crowd larger than initially expected bigger than that of other candidates like Dr Chisi of Umodzi Party.

Flanked by his mother who will be his running mate, he was also accompanied by other elders of the Rastafari Community most notably Elder Nimrod Chilambe.

Ras Chikomeni Chirwa has been popular for his stance to legalize Marijuana in Malawi which he says has the potential to lift the country out of poverty due to its many uses and economic potential.

However he fell short of raising the nomination fee of K2,000,000.00 needed as well as the required number of signatures needed in order to enable him to run. The MEC has given the Rasta two days in order to meet the requirements in order to appear on the ballot box.