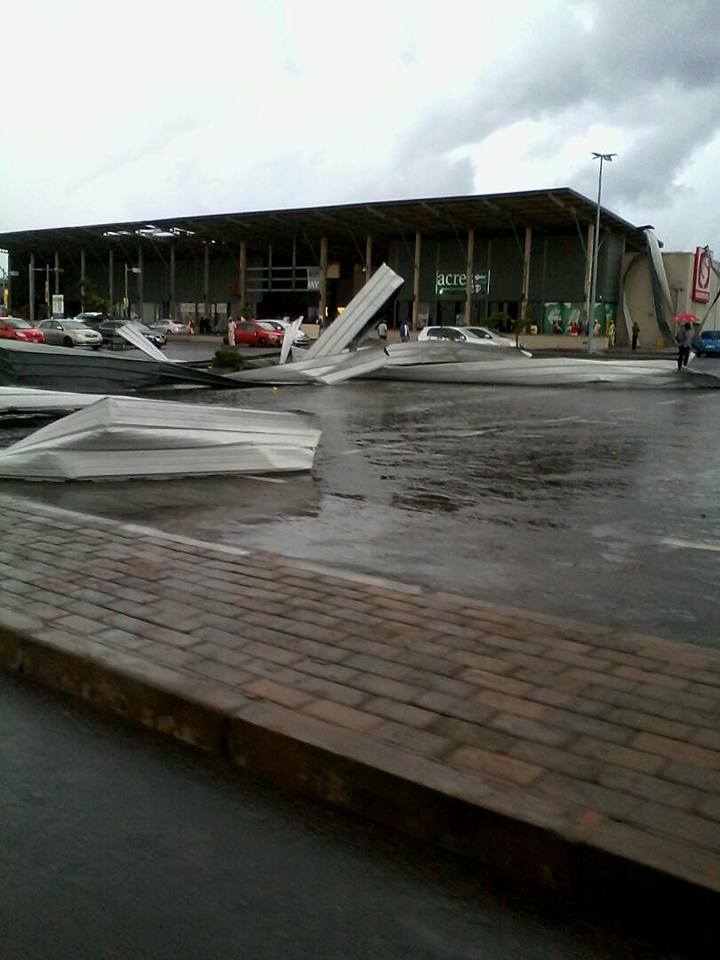 Heavy rains and wind caused havoc at the Gateway Mall in Lilongwe on Tuesday evening. The unkind weather caused structural damage to the newly built mall in the Capital City.

The most luxurious shopping mall in Lilongwe, Gateway mall’s roof was dismantled by strong wind & rain leaving a gaping hole as a result.

In October 2016, MPICO who are the owners of Gateway Mall had to issue a statement saying, “MPICO sincerely regrets any inconvenience caused by the rainfall leakage and wishes to assure the public that it will do its best to address the cause of the problem,” , and it seems the same ghost has come to haunt the Mall again.

Opened in 2014, Gateway Mall is the biggest shopping mall in the country with its investors spending close to $40 million to build the shopping complex.