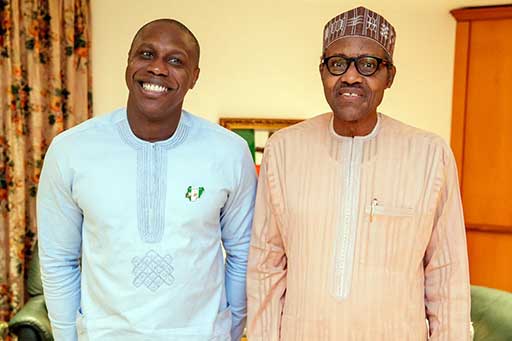 His father, Olesugun Obasanjo, on the other hand openly disapproved of Buhari’s leadership in 2018 and even asked him to step down at the end of his current term.

The younger Obasanjo is currently in the United States to drum up support for Buhari among the Nigerian diaspora.

“Buhari is the one who has made us believe in our country, who has made us proud of our country and he has opened up space for the youth of the country to participate politically,” said Olunjuwo as quoted by the Vanguard Newspaper.

Buhari is expected to have a close election with opposition leader Atiku Abubaker, who was Nigeria’s vice-president between 1999-2007.