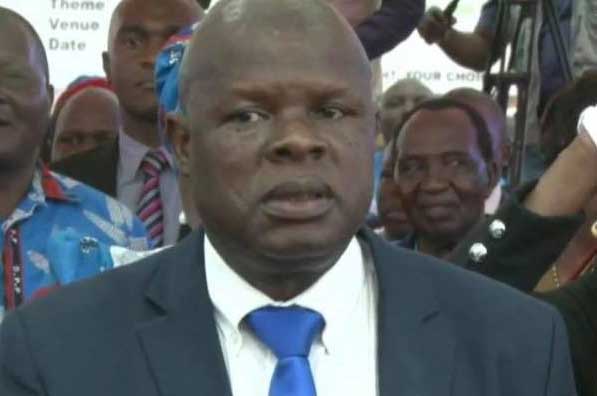 President Peter Mutharika has finally revealed who his running mate will be in the upcoming May Tripartite elections when he presented his papers to the Malawi Electoral Commission (MEC) at COMESA hall today.

Minister of Civic Education, Culture and Community Development Everton Herbert Chimulirenji will by the DPP’s torchbearers running-mate. The Cabinet Minister who is also Member of Parliament for Ntcheu North East was promoted from Deputy Minister of Defence in the recent cabinet reshuffle.

Chimulirenji who entered Parliament in 2009 has been a low key figure in the DPP and was only picked to be a cabinet minister in July 2017 by Professor Mutharika as Deputy Minister of Defense.