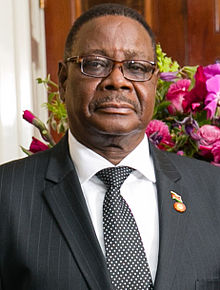 President Arthur Peter Mutharika is set to commission a 55 Megawatts Power Station in the commercial city of Blantyre.

According to a press release by Chief Secretary to the government Lloyd A. Muhara, the commissioning will take place on Wednesday 31st January 2018 at 10:00am at the Chichiri Power Station in Blantyre.

The news has brought relief to many people and businesses in the country who have suffered persistent electrcity shortages due to ESCOM and EGENCO’s incompetencies and rampant corruption in their procurement procedures.

The power shortage has hit the country’s economy hard as evidenced by MRA’s under-collection of taxes by close to MWK50bn. The extensive load shedding and blackouts eventually led to the firing of the then ESCOM CEO who was replaced with Mr Chiwaya as CEO of the utility company.