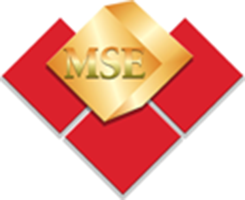 More listings expected by RBM in 2018

The Malawi Stock Exchange (MSE) has revealed that negotiations are at an advanced stage with a local company that has shown interest in listing on the stock market.

MSE Chief Executive Officer, John Kamanga, recently told the press that, they are scrutinizing the documents in perspective of listing requirements and are expected to list the company by next month.

However, Kamanga could not reveal the name of the company stressing that they are under a confidentiality obligation until the company is listed.

“It’s true, we are now in negotiations with one of our potential companies and this is basically on the debt side whereby they are trying to raise capital, they are issuing a debt to the general public but very soon will be listing the company on the market,” Kamanga said.

He further said the general public would soon be informed on the release of the documents as well as the company.

Kamanga was optimistic that one of the 2018 strategies of the Reserve Bank of Malawi (RBM) which is to have five new companies join the bourse this year will be achieved based on the response the stock market is getting from prospective companies.

In a recent interview, RBM Governor, Dalitso Kabambe, said that in conjuction with the MSE, the central bank has been talking to some 120 companies on the benefits of raising capital through the stock exchange market.

“The problem with most of the companies in Malawi is that they prefer to remain family dominated companies and, therefore, in many cases the senior positions are shared by family members and it is difficult to attract public offers and shares,” he said.

Kabambe said RBM is urging companies to restrategise so that they can reap the benefits of listing on the stock market, a platform which is considered to be the best in terms of raising the capital for meaningful investments.

“We are, therefore, asking companies to restructure and organize themselves to be legit for listing. We beleive that a number of companies will be listing on the Malawi Stock Exchange this year,” Kabambe said.

This comes against the background of a nine-year listing drought experienced on the stock market that came to an end last year when the MSE listed Mauritius registered FMB Capital Holdings in September 2017.