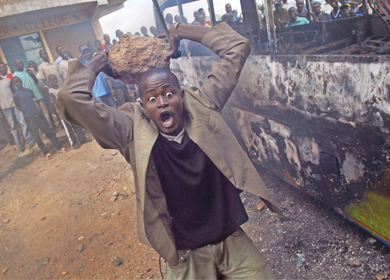 An angry mob in Kachere Township in Blantyre assaulted a 25-year old suspected thief who later died at Queen Elizabeth Central Hospital (QECH) while receiving treatment. Limbe Police Station deputy spokesperson Pedzisai Zembeneko said Pilirani Banda went to a certain garage in the township with another person with a motive to steal. “He was caught while trying to remove a rear wind screen of a Toyota Hiace minibus and was assaulted by an angry mob while his friend managed to run away,” he said. The deceased came from Kachere Village, Traditional Authority Machinjiri in Blantyre, according to police.