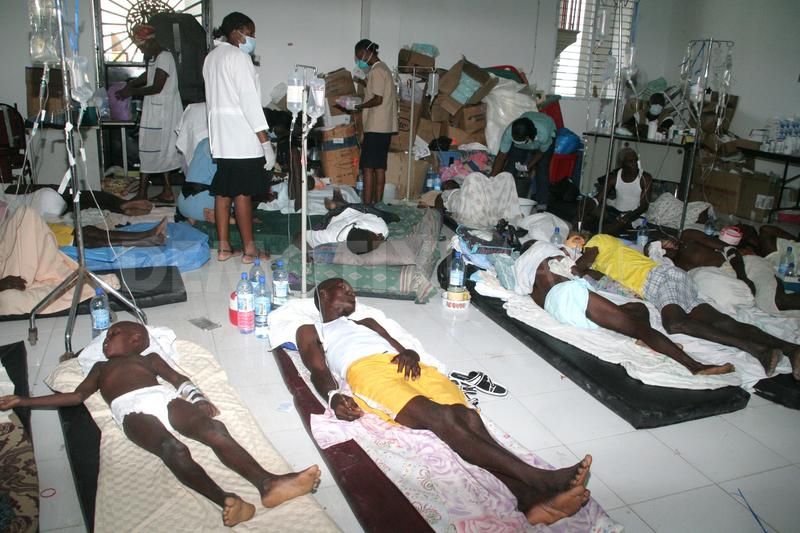 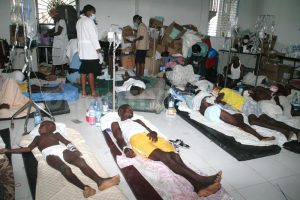 The visit included Johannes Wedenig, the UNICEF country representative who met with KCH director, Dr Jonathan Ngoma who briefed the DfID and UNICEF officials on the hospitals preparedness. So far, 16 districts in the country have been put on Cholera alert as 150 cases have been reported with 4 people dying from the disease.

Caused by the bacterium vibrio cholerae, Cholera can kill its victims within hours if not treated immediately. The highest affect district has been Karonga which has registered 131 cases. Other districts that have been affected include Nkhata Bay, Kasungu, Dowa and Lilongwe. A big outbreak of Cholera has also been reported in Zambia with the government there taking extraordinary measures in order to contain the disease.

Among people who develop symptoms, the majority have mild or moderate symptoms, while a minority develop watery diarrhea with severe dehydration. This can lead to death if left untreated. Provision of safe water and sanitation is critical to control the transmission of cholera and other waterborne diseases. Severe cases will need rapid treatment with intravenous fluids and antibiotics.

Researchers have estimated that each year there are 1.3 million to 4 million cases of cholera; and 21,000 to 143,000 deaths worldwide due to cholera.