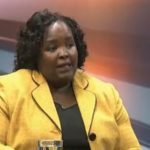 The Kenyan High Court has rejected a petition to amend a provision in the country’s Matrimonial Property Act to enact an even-split in the property owned by a couple in the event of a divorce.

On Monday the Kenyan High Court rejected the petition, filed by the Federation of Women Lawyers in Kenya (FIDA) in 2016, on the grounds that it would allow one spouse to walk out of marriage with more property than they had acquired before the marriage.

In his ruling, Judge John Mativo said, “Changing the law would open the door for a party to get into marriage and walk out of it in the event of a divorce with more than they deserve.”

Mativo observed that both the Court of Appeal and High Court had in the past pronounced themselves on the provision while hearing divorce cases and had upheld the principle of sharing based on a spouse’s contribution.

Reacting to the ruling, FIDA head Josephine Mong’are released a statement describing it as “a sad day for Kenyans” as the ruling would place women at a financial disadvantage in the event of a divorce, arguing it would leave women “fighting to hold onto their property after a divorce or the death of their husband.”