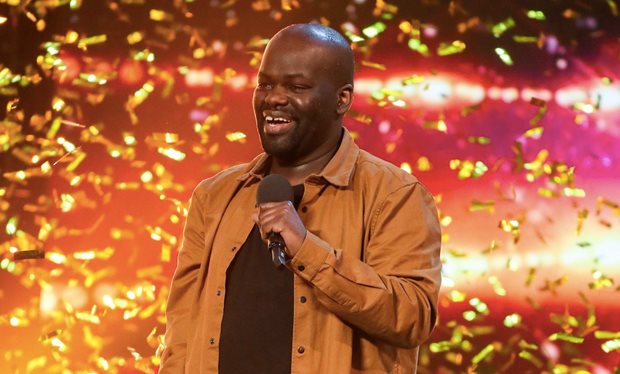 Malawi’s former Agriculture Minister, George Chaponda who was fired from Peter Mutharika’s cabinet just a few months ago owing to investigations implicating Chaponda in an irregular Maize procurement deal had something to smile about when his son, comedian, Daliso Chaponda wowed judges with his jokes on the famous Britain’s got Talent TV show on ITV.

Daliso Chaponda has been based in Manchester for a good part of the 10 years he has lived in Britain.

Amanda Holden, one of the shows judges, gave the Malawian comic the golden buzzer after she impressed both the crowd and judges with his witty humour. She said Daliso Chaponda was, “Self-deprecating, funny, relevant – laugh after laugh after laugh. It just kept coming. And I really want you to win the entire series. I think you could and I think you have a golden future.”

George Chaponda, his father, is notoriously known for championing a bill in Malawi’s parliament that sought to outlaw public farting in the Central African Republic.