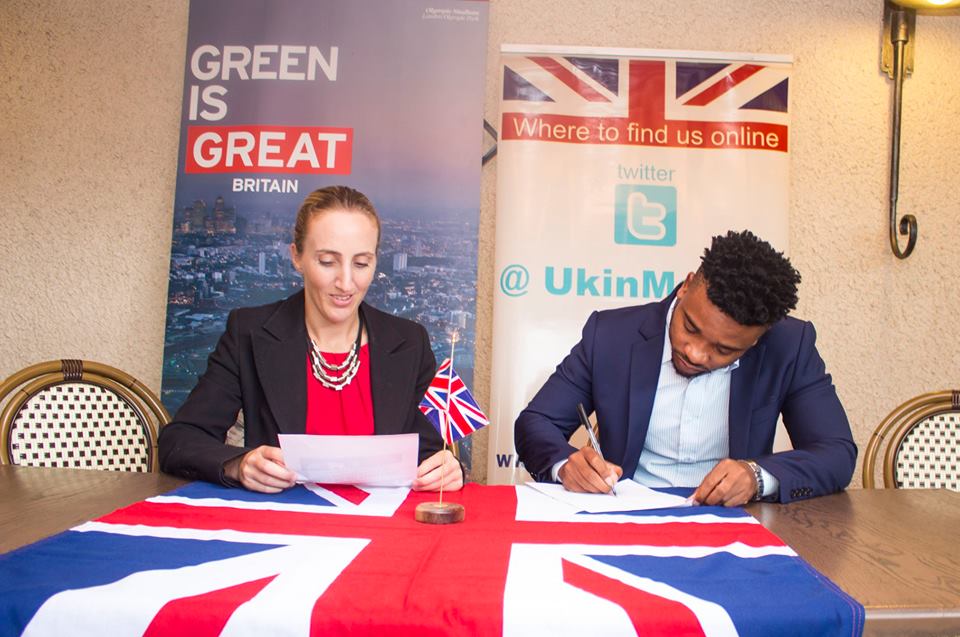 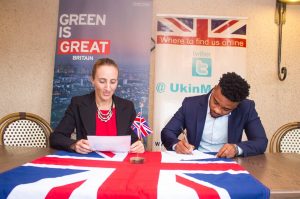 During a signing ceremenoy held at Ryalls Hotel, Fredokiss flanked by British High Commissioner, Her Excellency Holly Tett, said, “as a young person, I am conscious about the future and it is imperative that we firstly start a conversation amongst young Malawians on illegal wildlife trade (IWT) and its negative impact on our country. We need to feel proud about the commendable efforts Malawi has made as it is a front runner in Africa and we have a giant footprint in global IWT efforts. I am fully committed to encourage young people to sign up and join me to become IWT Youth Champions.”

The British High Commissioner Her Excellency Holly Tett; expressed confidence in Malawi as a serious partner in international efforts in the fight against IWT Crime. In her remarks she said, “UK and Malawi are genuine partners on this global challenge, Malawi has the opportunity to position Tourism as a core driver of growth – but without animals this sector is unlikely to take off. A strong stance in this fight will send a clear message to criminals and it is very encouraging to see young Malawians standing up to the challenge and boldly taking a leading role by signing up to become IWT Youth Champions”

“We are very happy to have Fredokiss fronting our campaign, he has generously taken up the role to add his voice to the fight against IWT Crime, this resonates well as it is for young people to take this forward to ensure future generations get to enjoy Malawi’s wildlife”, said the British Envoy.

Malawi has made some great strides in combating the illegal wildlife trade and is standing out internationally as a country that is trying to tackle this crime which has devasted other parts of Africa.

Among the key achievements in addressing IWT challenges, the partnership with African Parks to manage National Parks in Malawi to the benefit of local communities has been widely lauded.

A specialized Wildlife Crimes investigation Unit to investigate international criminal syndicates has also been established with the British Army stepping to assist rangers in developing infantry skills and information analysis to put an end to poaching.

Last year, authorities seized 1,000 kgs of Ivory, and made over 100 arrests. 3000 people in Malawi have thus far Signed up to be IWT youth champions.