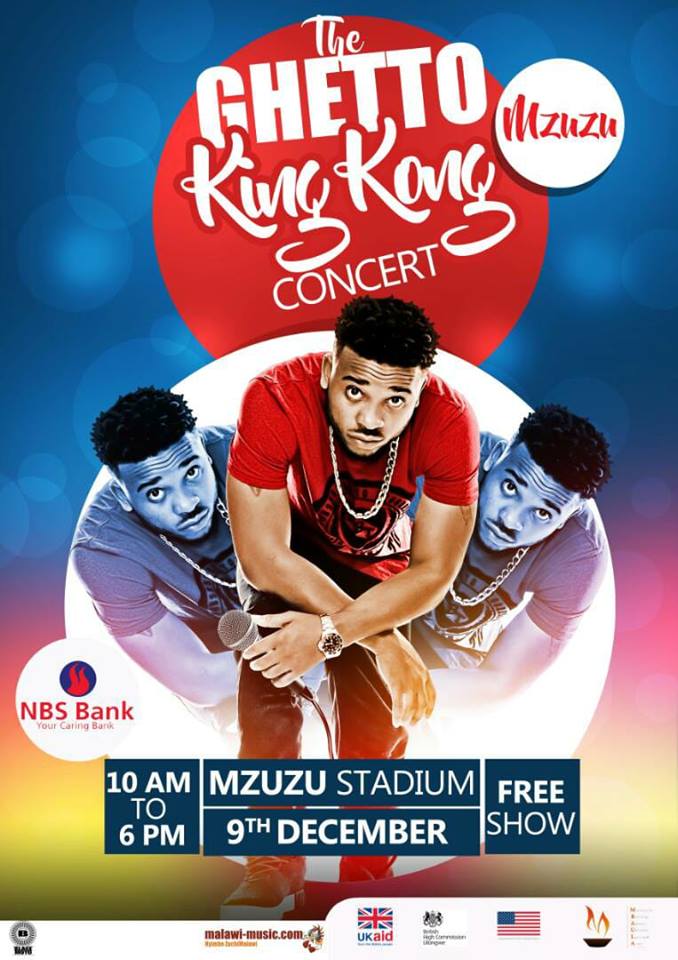 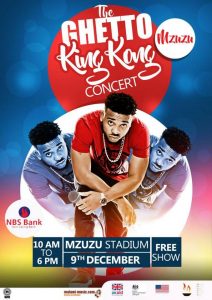 Yesterday, Fredokiss, the newly crowned brand ambassador for NBS Bank, released the dates for his highly anticipated concert in Mzuzu. Fresh off a glorious weekend where the hip hop artist bagged 3 UMP Music Awards for Artist of the Year, Best Live Act and Hip Hop/Rap Artist of the year, the Ghetto King Kong announced that he will be taking his GKK concert to Mzuzu Stadium on the 9th of December 2017. It is interesting to note that the last time Mzuzu Stadium hosted a big artist was when Evison Matafale rocked the stage with San B more than a decade ago.

The GKK tour which started off in Ndirande in Blantyre, before going to Masintha Ground in Lilongwe, has been a massive success with young people in their thousands attending each event in a manner never seen before in the country. As part of his #OneMillionJobsandBusinessOpportunities campaign, Fredokiss has partnered with NBS Bank to setup mobile banking vans at the stadium that will enable young business minded people to open bank accounts and access banking services that cater to their needs. In order to spice up the event, iTel has partnered with Ghetto Gutter Entertainment to give out brand new s12 smartphones to two lucky winners attending the event.

Other partners that have been engaged for the Mzuzu Stadium GKK concert include The American Embassy in Malawi, UK Aid, The British High Commission, and MBAULA (The Movement for Bio-energy Advocacy Utilisation Learning and Action).