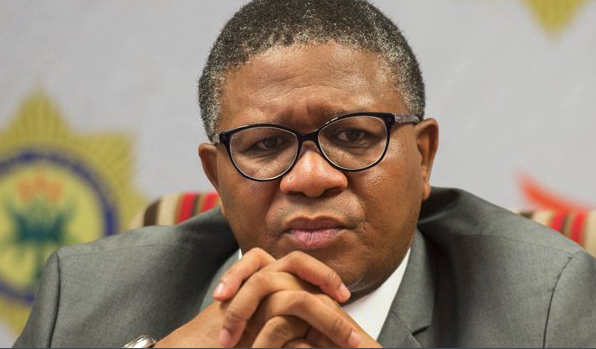 Outspoken former Minister in the governing African National Congress (ANC), Fikile Mbalula, has resigned from his position as a Member of Parliament for the ANC. The announcement of his resignation came in on Friday.

Mbalula was one of the ministers sacked from the Cabinet by new President, Cyril Ramaphosa. Popularly known as Minister of Twitter and Instagram, Mbalula rose through the ANC ranks from its Youth League which he headed before becoming a deputy minister in Jacob Zuma’s government.

He still maintains his role as a member of the ANC’s NEC and will hold his position in Luthuli House as manager of the ANC Election campaign.

“The office of the ANC chief whip confirms that former minister of police, comrade Fikile Mbalula tendered his resignation as an ANC Member of Parliament in the National Assembly,” Jackson Mthembu’s spokesperson Nonceba Mhlauli said in a statement.

Mbalula is said to have handed in his resignation letter on February 26, 2018.

Cyril Ramaphosa made it clear that Mbalula has not been demoted in the party stressing that as the campaign manager, Mbalula will be responsible for making sure the ANC comes out ahead in next years general election.