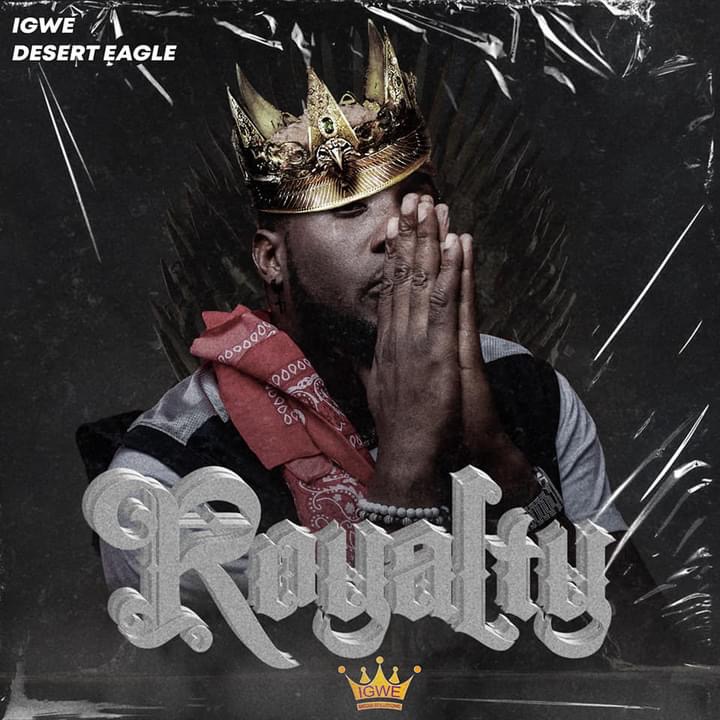 It takes great mental agility, focus, and a lot of hard work to step on the music scene and maintain your relevance for decades. The Igwe, Desert Eagle is yet again about to boast of immersing all these characters of greatness with a spice of raw God-given talent by putting out his fourth solo studio album; Royalty. A body of 20 certified hit tracks, the album is set to be released on Tuesday, the 20th of April 2021.

Desert Eagle, real name Eric Duse Anthony, single-handedly produced most of the tracks on the album. Saven0More, Famous, and Simi Stings are the only guest producers on the Afro Dancehall masterpiece. Your Waist, a song that took over social media with dance challenges upon its release is the only song that has seen the light of day so far. The tremendous response this hit single received leaves every fan highly anticipating what a whole cake will taste like if a piece is that sweet.

They say ‘wisdom is a product of at long time of experience’, Eagle proves his wisdom in the prudence taken in making this album. Unlike most upcoming artists who put out half baked albums due to the hunger of fame, the Igwe took 3 years mastering this body of work. His longevity and experience is unquestionable hence the patience and perfectionism embodied on this creation that promises total satisfaction to the fans on both quality and content maturity.

Royalty has guest artists ranging from Rap, dancehall, trap and R`n’B. The award winning rapper Phyzix the Gamba is one of the guest artists making appearances on the album with other madly talented names like; Seven0More, Yayi, Davie Skinna, Pacman, Kaspur and Don Tars. “The album is dedicated to my best friend Kenny Klips, may his soul rest in peace” confessed with deep emotions the Igwe of how personal this project is to him. The once hip hop beast who has turned into an afro dancehall icon certifies that the album’ thematic center is love and hope and the peace it brings to the world.

From his previous albums; Broken Silence, Barren Lands, and Open Cage to Royalty, the multi talented producer admits that his career successes were not his efforts alone. On Royalty, amongst many other names too many to mention, Eagle extends his sincere gratitude to all supporting fans, Mikozi Network, Malawi Music, the Igwe Team and Kabol Lombwe.

The Igwe assures fans that the album is packed with hits that he believes will give this body of work VISA to cross borders. Royalty will be sold digitally at as lower as K2000 only. One can purchase and make payment using mobile banking systems from Mo626 of National Bank, Mpamba and Airtel Money. Pre-orders are in progress and can be done by contacting +265999021915. Get yourself this fine wine that took 3 years to properly mature. Be part of a future that recognizes excellence. Get Royalty the album to demonstrate your royalty to the Eagle of the Desert.