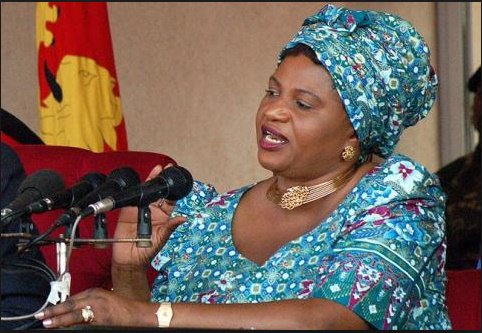 Former first lady Callista Mutharika dropped a bombshell this week when she came out in support of vice president Saulos Chilima’s ambition to become the presidential candidate for the Democratic Progressive Party (DPP) in the upcoming 2019 Presidential elections.

In an interview yesterday aired on Zodiak Broadcasting Station (ZBS), Callista maintained her stance that Chilima was the right man for the job saying the President, Arthur Mutharika, would be too old to carry on as he would be 84 at the time of leaving office.

“I know my in-law, he is a good man, it is just that the people who have surrounded him are evil. He is surrounded by beasts who are misleading him”, said Mutharika.

In reaction, DPP secretary General, Griselda Jeffrey said the party’s candidate in 2019 remained Mutharika and every supporter including Chilima knows that.

In an earlier interview with Capital FM, Callista stressed that Chilima has what it takes to lead the DPP.

“I think he has the capacity, is visionary and youthful. He is the right person. Time will come when not just me, but many in the DPP, will support him.

The former first lady distanced herself from any connections with the Malawi Congress Party (MCP).