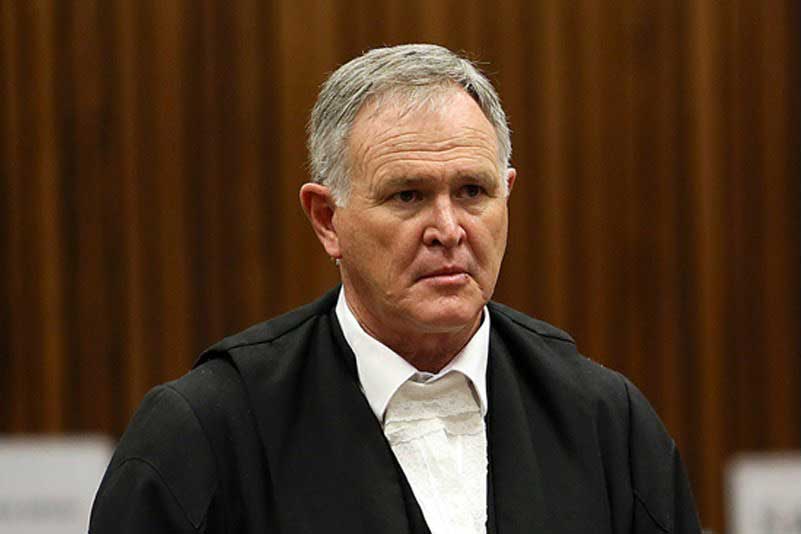 Sheperd Huxley Bushiri known as Major 1 or Prophet Sheperd Bushiri is set to appear in court tomorrow to face charges levied against him of fraud and money laundering. The Enlightened Christian Gathering (ECG) founder was arrested last Friday together with his wife by the Hawks at their Sparkling Waters Hotel in Rustenburg.

Judging by the gravity of the matter at hand it seems the Bushiri’s are not taking this case lightly as they have engaged Advocate Barry Roux to help defend them in court. Barry Roux is South AFrica’s most expensive lawyer and is the one that led Oscar Pistorious’ defence in the infamous 2014 “Blade Runners” murder case of his girlfriend.

Bushiri and his wife made a brief appearance on Monday at the Pretoria Commercial Crimes Court on Monday where hundreds of his supporters gathered outside in a show of support for their spiritual leader. The case was postponed to allow the State to carry out further investigations and Bushiri and his wife remained in police custody awaiting bail.

Hawks spokesperson Hangwani Mulaudzi said the case against the controversial couple was linked to offences of fraud and money-laundering, as well as the contravention of the Prevention of Organised Crime Act (POCA), which had been committed from 2015.